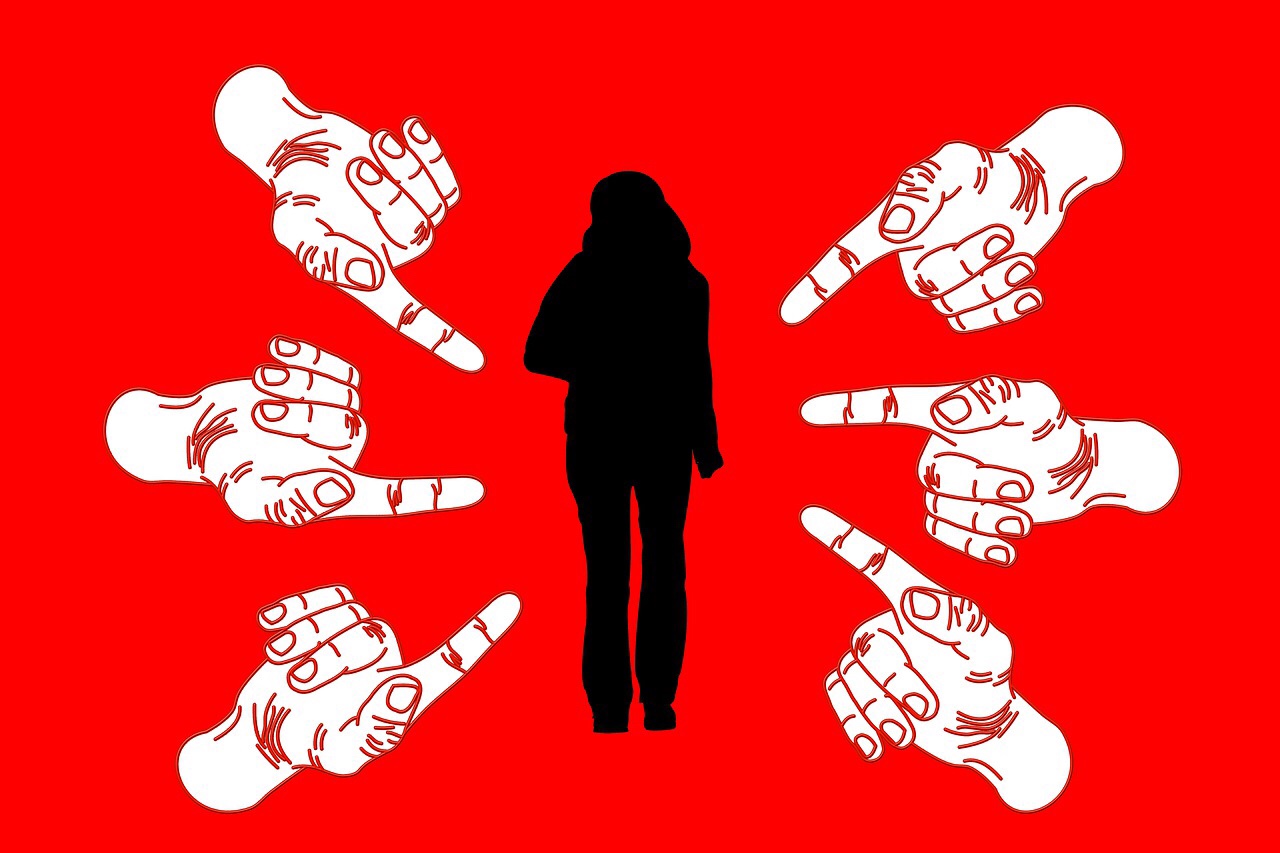 I’ve heard it too often, that a certain type of woman chooses abusive men, or she sets herself up for abuse, or attracts what she puts out. If she just gets herself healthier, then maybe she won’t end up in another abusive situation.

(Like a man walks up to a woman, shakes her hand, and says “Hi! Wanna go out sometime? And by the way, during the course of our relationship, I’LL BE ABUSING YOU. You’re welcome.”)

On the flip side, I’ve heard many Christians try to solve abuse by telling a woman how to adjust her behaviour. Set boundaries. Pray harder. Be more respectful. Submit harder. Try to do BETTER. Do “The Love Dare” (Don’t even get me started on how much this book is misused). They tell her to just keep loving him, that if she shows him more love, he might change.

Endure, for the sake of marriage.

When did the church decide that an institution was more important than the humans within it?

Sometimes, a woman is told that she can’t fix other people; she can only FIX HERSELF (this is usually followed by a recommendation to read “The Power of a Praying Wife” or watch “War Room”). This is especially true in cases of emotional abuse, where lines are often blurred between headship and control – where a woman’s desire for freedom is often confused with defiance – and where the woman often can’t place her finger on what’s wrong in the first place.

She only knows that whatever it is, it’s sucked the life out of her.

These are softer, more subtle ways of placing the weight of the abuse on the woman. They are just as harmful, if not more harmful, because they cause her to turn on herself. It’s not enough that she’s already been questioning whether she’s enough of a wife/partner/human. Now it’s being confirmed for her. And I guarantee, she’s already been questioning herself for a long time. She’s doubted herself far more than you ever could.

When we fail to directly and intentionally stand beside a woman who has experienced abuse, when we question or suggest in any way that she is had a part in the abuse or could change it, we are siding with the one who abused her.

As if she hasn’t already spent years blaming herself, trying to fix this, trying to do better, BE better. As if she is stupid. As if abuse is what anyone wants or expects or asks for in a relationship.

Yes, please throw me against a wall or trap me in a room. Please choke me out until I wonder if I’m actually going to die tonight. Please pick at everything I do and tell me my mind is twisted, that it’s broken and I’m broken and normal people don’t think like I do. Please shut me up some more. Please tell me that no one else would ever want me, would ever put up with me. Remind me again how lucky I am to have you. I would appreciate it if you would drive my self esteem so far into the ground that my fingernails are broken and stained with mud and clay after I’ve dug through the earth of what I thought was my foundation, out of desperation to find a shred of who I used to be.

Women don’t seek out abuse. They seek out connection. Abuse can happen to ANYONE.

Look: I don’t think we always intend to place the blame on women. Generally, people are trying to be helpful. They don’t mean to say it was her fault, or that she is responsible for making it better.

How often do we hear or read messages directed towards men, addressing and defining abusive behaviour – especially emotional abuse – specifically?

How often are men told that when someone believes a husband has authority over his wife, that is actually an abusive mindset?

Men within the church aren’t told that this is abusive; instead, they are taught to be a BENEVOLENT jail keeper. And when a woman tries to break free, she is put back into her place, and blamed for wanting to break free in the first place. She is, in many cases, grabbed firmly by the collar in the name of doctrine and marched back into her “role” of “biblical womanhood.”

I was recently at a seminar led by Karen McAndless Davis, co-author of “When Love Hurts: A Woman’s Guide to Understanding Abuse in Relationships” and she gave a good illustration, describing one way that we as a society shift the very identity of abuse onto women.

Let’s say a man punches his wife in a fit of rage. People start talking. Often, this is how the spoken or written description of events morphs:

(this is what happened, but it shifts into…)

(notice how that switched? It’s now about what happened to Jan instead of what Bob did)

3. Jan is in an abusive marriage.

(Bob has now slipped out of the direct conversation)

And then, the language morphs into the final product:

(What started as a statement about Bob punching his wife has turned into an identity that we have placed on Jan, a lens through which we view HER.)

Where is Bob in all of this?

While this might not seem like a big deal to some – it’s often subtle – it still gets into our psyche. When Bob ceases to become the subject, the aggressor, we start to naturally view Jan as the subject.

Poor Jan. I wonder what happened? What’s she going to do? What SHOULD she do? Why has she been putting up with this? She’s leaving? Oh, she can leave, but she can only separate; she can’t get a divorce. Why is she getting a divorce? Does she have biblical grounds for a divorce? She must be the kind of person who invites abuse. Some women have that problem. Bob seems like such a good guy; there has to be more going on here. There are two sides to every story. I don’t want to take sides. I’ll stay out of this…

And Jan, who wouldn’t have experienced abuse in the first place if Bob had not CHOSEN to abuse her, is put in a spotlight she never asked for or wanted. It’s a lonely spotlight, isolated and often devoid of the casseroles and condolences and support she would have received, had Bob died instead of beating her up.

If a woman gathers the strength and courage to actually tell you her story, please LISTEN.

If you’re going to tell a woman “you don’t deserve this,” please don’t follow it with a suggestion about how she can improve herself or the relationship. Don’t ask her questions about why, or try to help her understand why. She doesn’t know either. Don’t try to fix her, or to “help” her fix herself.

Let her know that she’s not crazy, and that what she has experienced was real. Don’t be afraid to drop your neutrality. Be on her side.

Believe her. Encourage her. Love her. Sit with her and say nothing, or cry with her. Be present.

Be aware of your language, and the language you hear others using surrounding abuse.

Be aware of shame; instead, pile empathy onto her. Heap it on. Boatloads of empathy.